Thank you so much for your love and solidarity and for growing with us in these past few months! Thank you especially to NYC Anarchist Black Cross, and to everyone who donated to Maliki Shakur Latine’s legal fund! 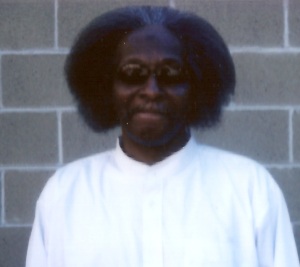 Maliki Shakur Latine in shades at Shawangunk Correctional in October 2015.

Thanks to you, Maliki Shakur Latine’s wonderful and tireless lawyer was able to file an Article 78 on his behalf in early September to challenge his unjust 2014 parole denial. Like many people in New York correctional facilities, Mr. Latine has never been able to choose his own lawyer before and it is already making a world of difference! While awaiting the result of the filing, his lawyer, family, and friends are beginning to prepare for Mr. Latine’s next appearance before the parole board in April 2016.

Also thanks to you, people are finally beginning to know the name “Maliki Shakur Latine” and his story. Awareness about parole  and prison injustice and  mass incarceration is growing and more and more people and their stories are coming to light!

As Maliki Shakur Latine said in his statement for NYC ABC’s Running Down the Walls event in September, “A Warming Embrace of Loving Solidarity to You All!”